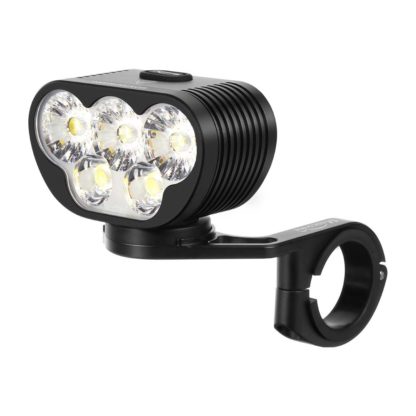 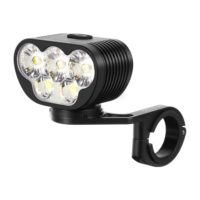 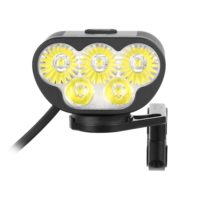 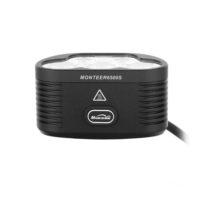 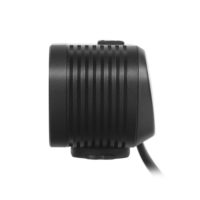 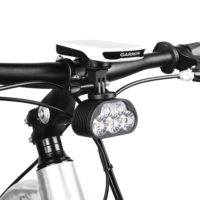 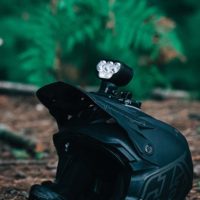 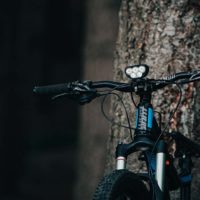 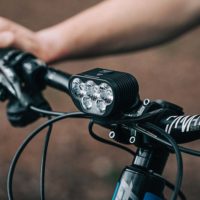 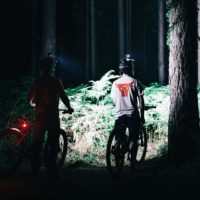 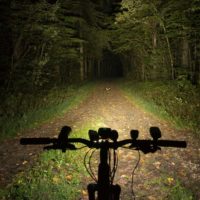 The Monteer 6500S Zeus is MTB headlight designed for the most serious mountain biking enthusiasts, downhill racers and those who want nothing less than professional grade lighting system that can outshine the landing light on a passenger airliner. 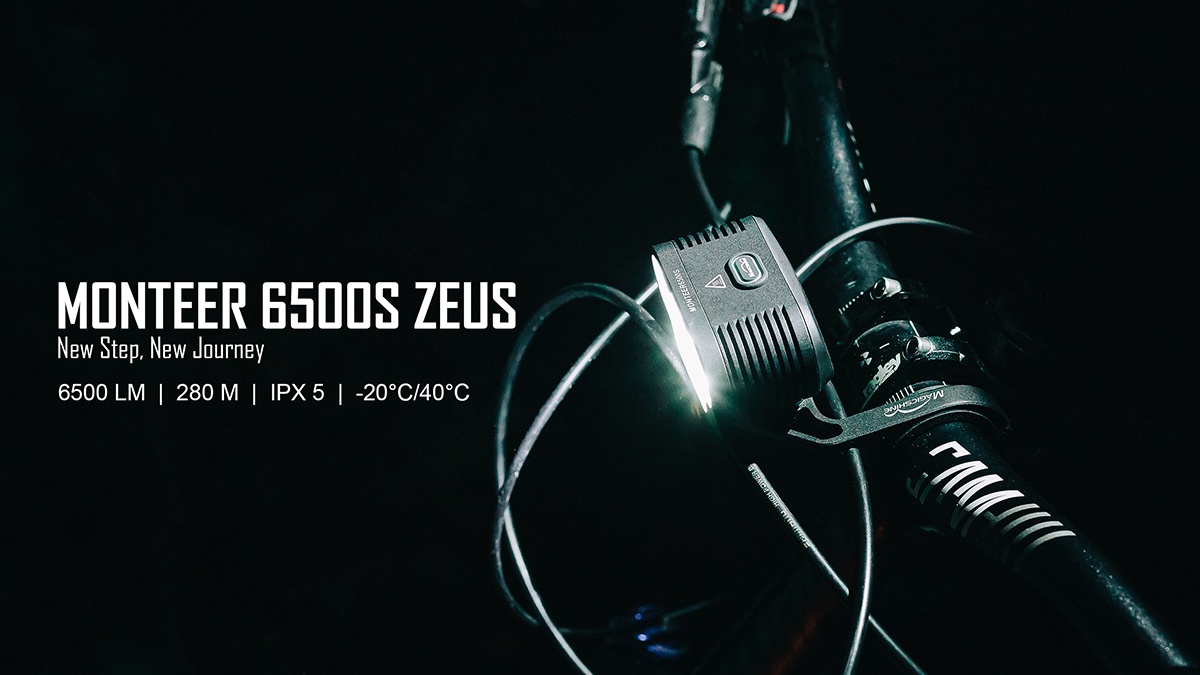 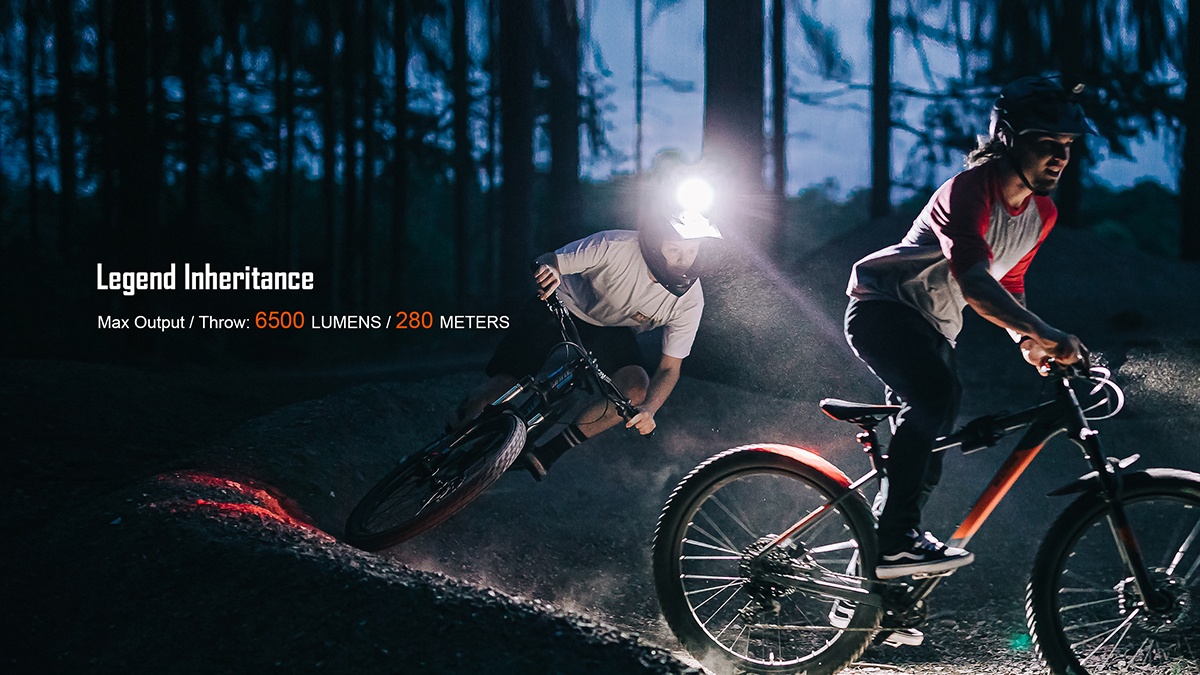 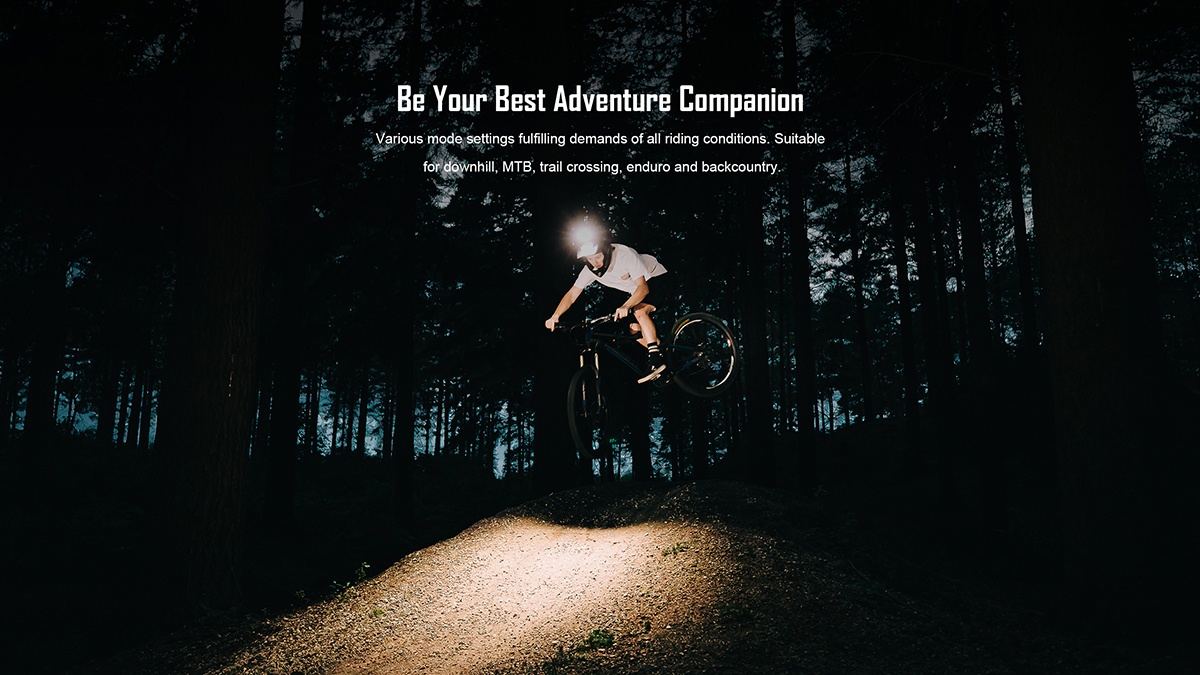 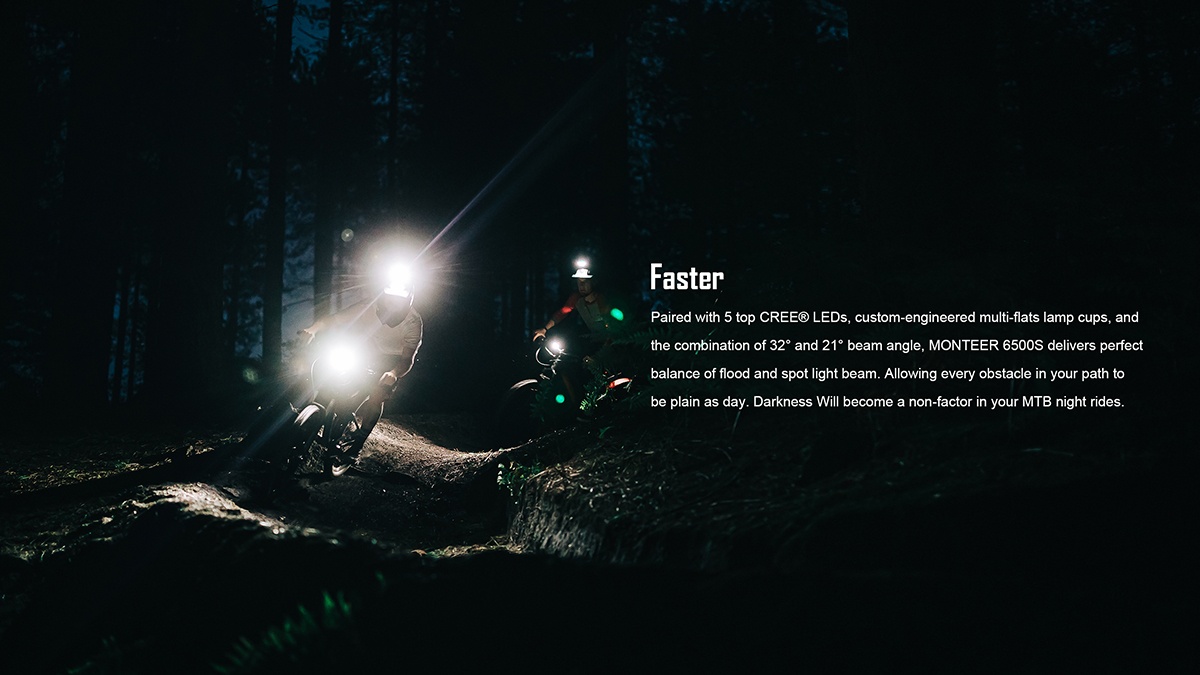 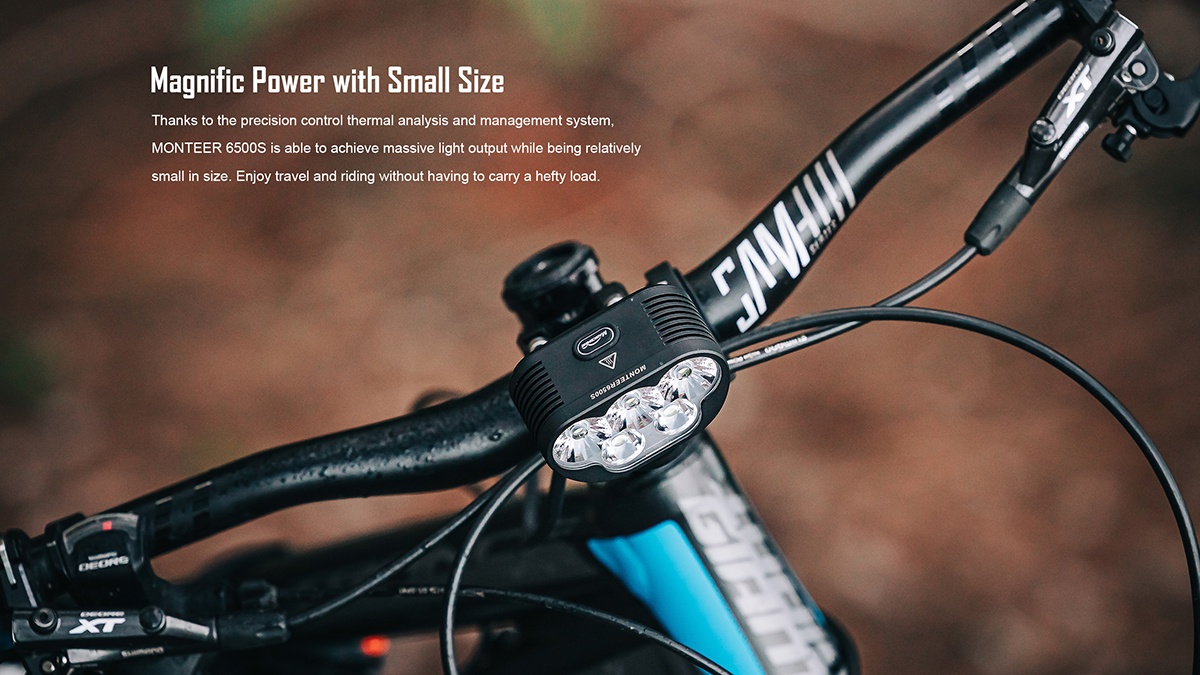 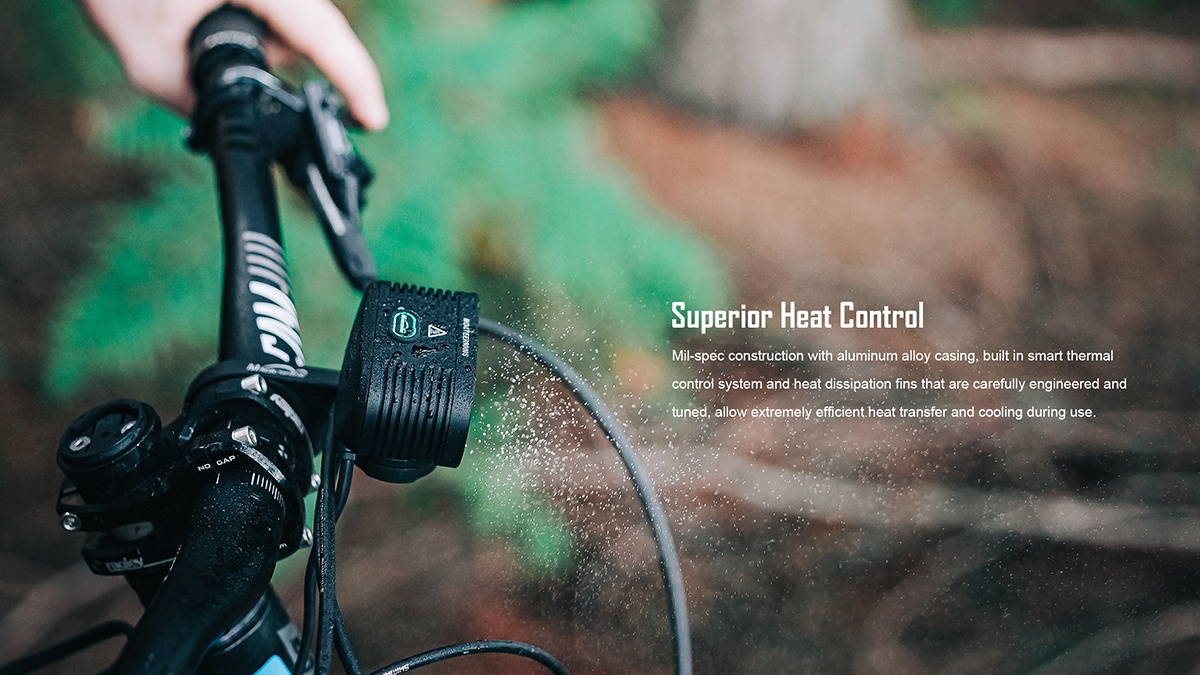 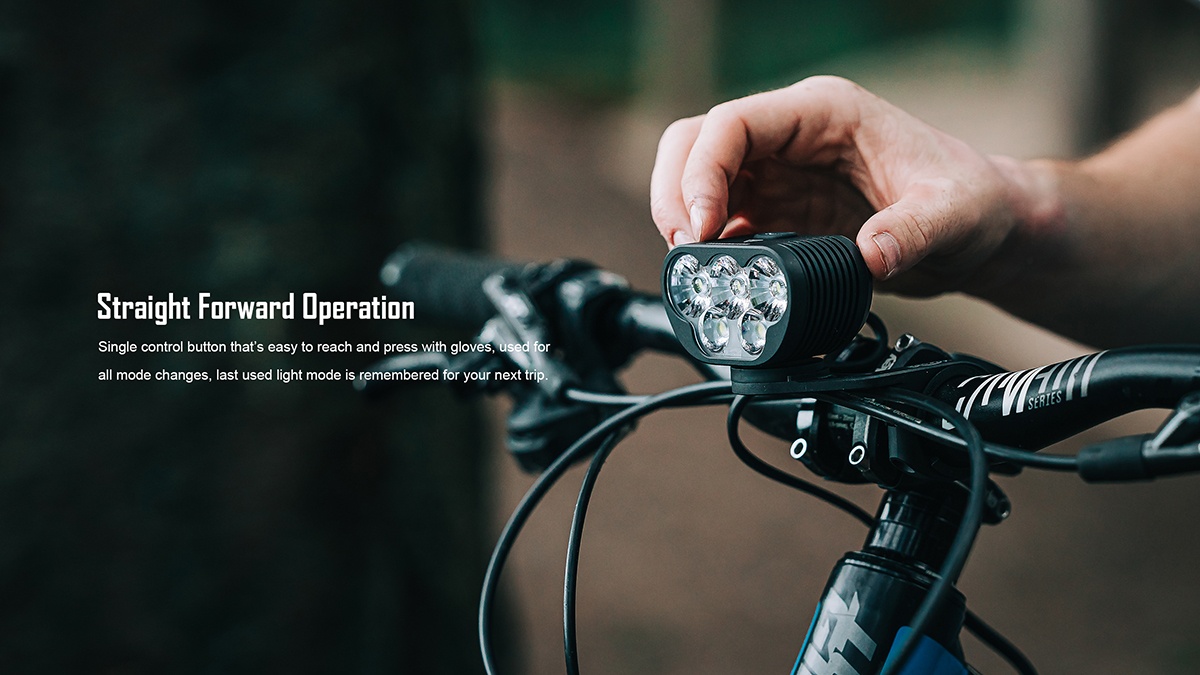 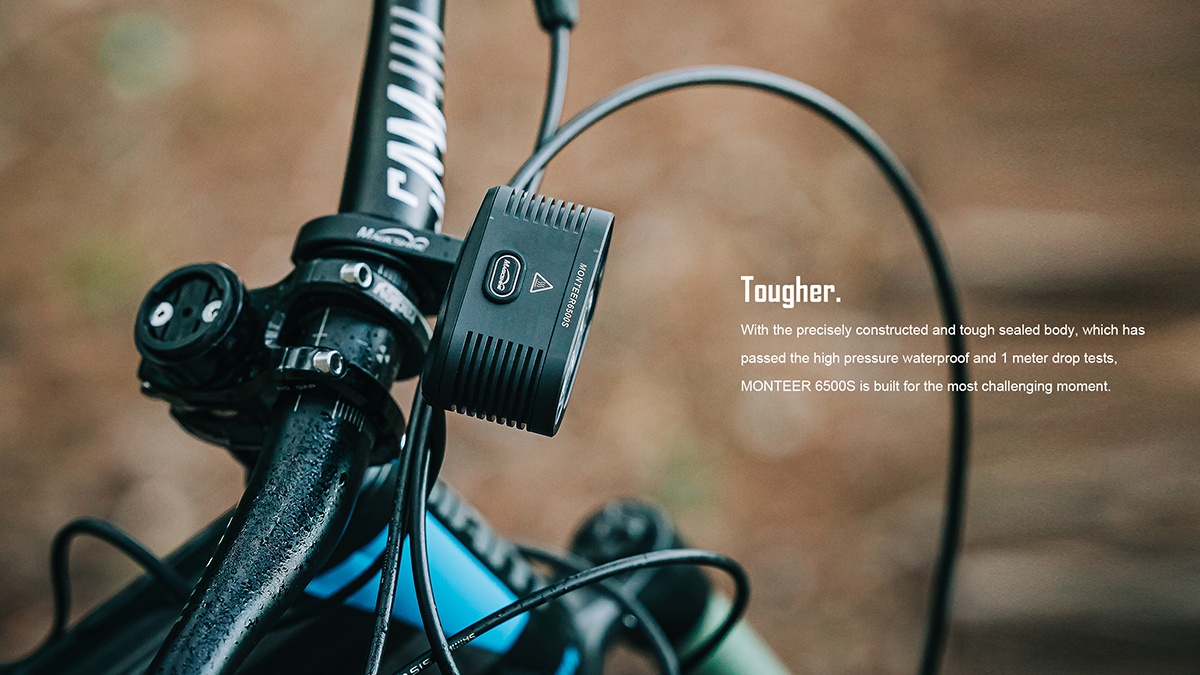 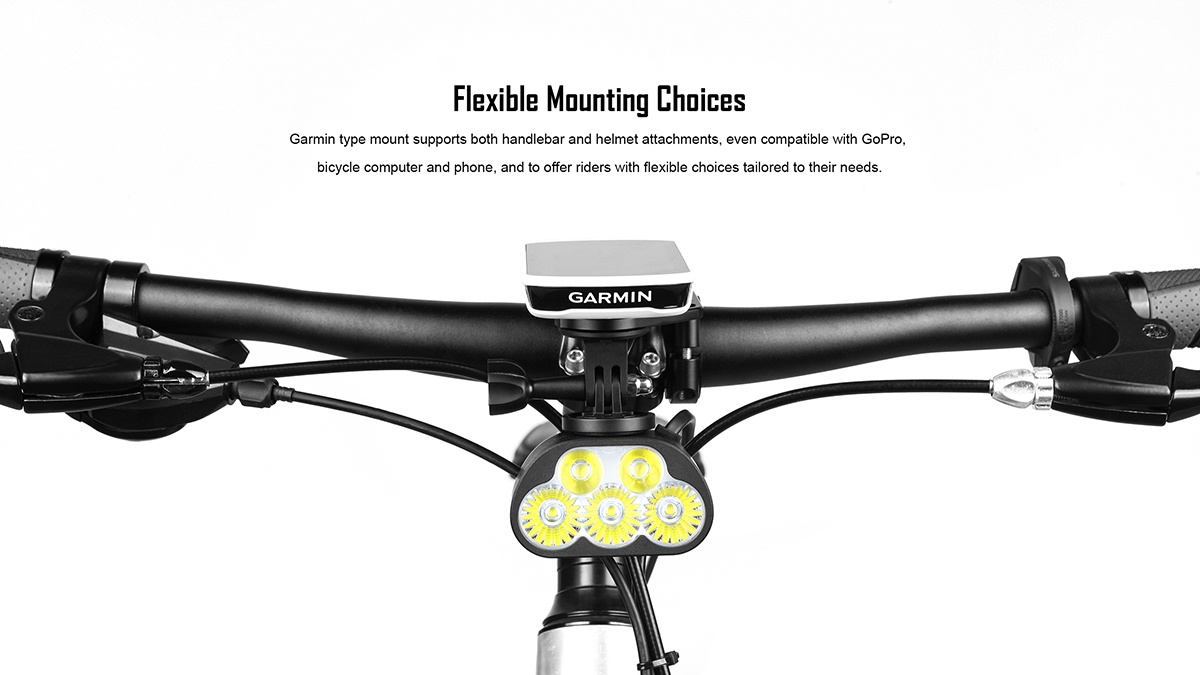 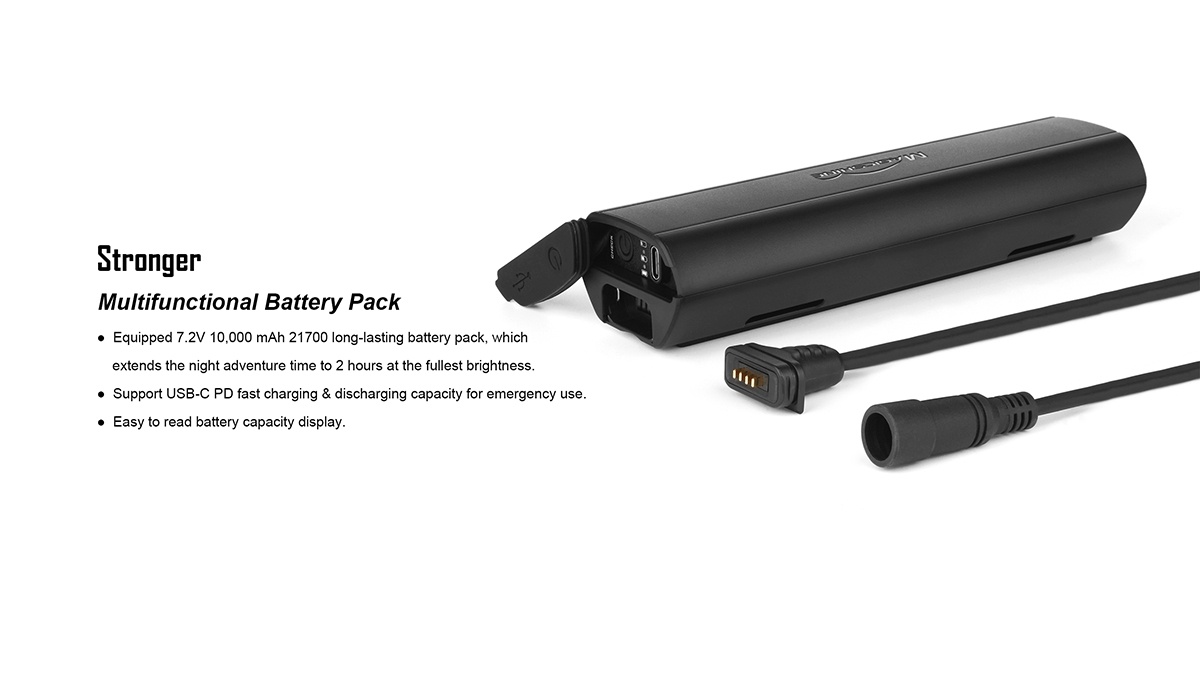 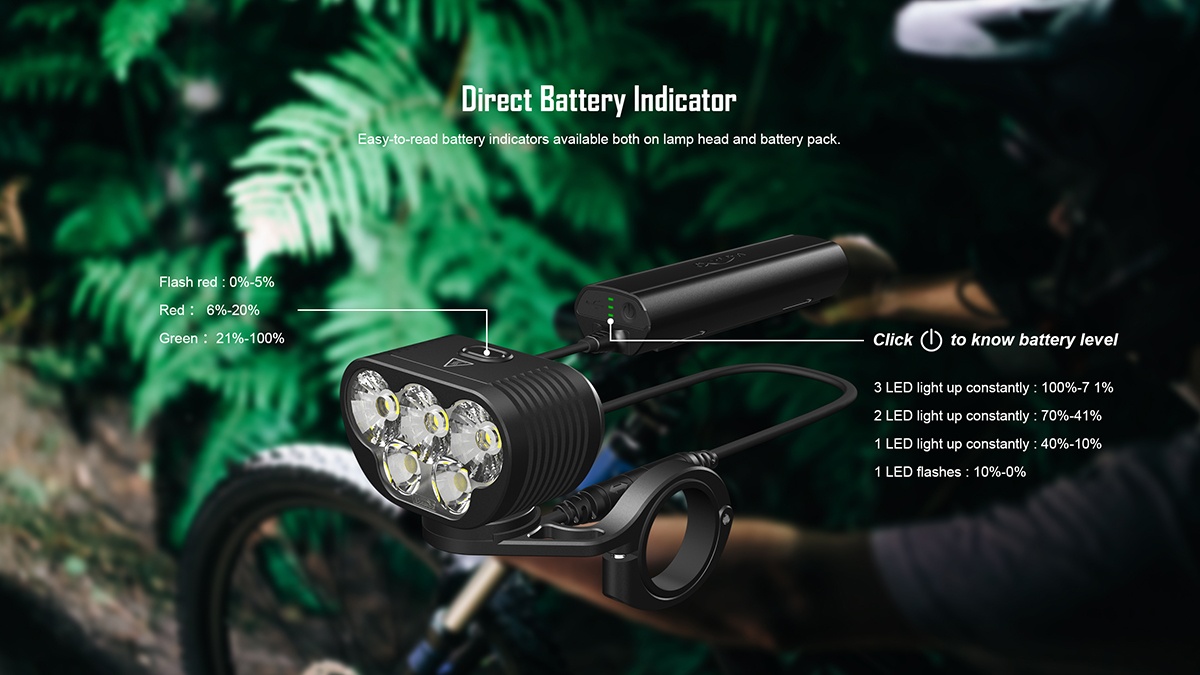 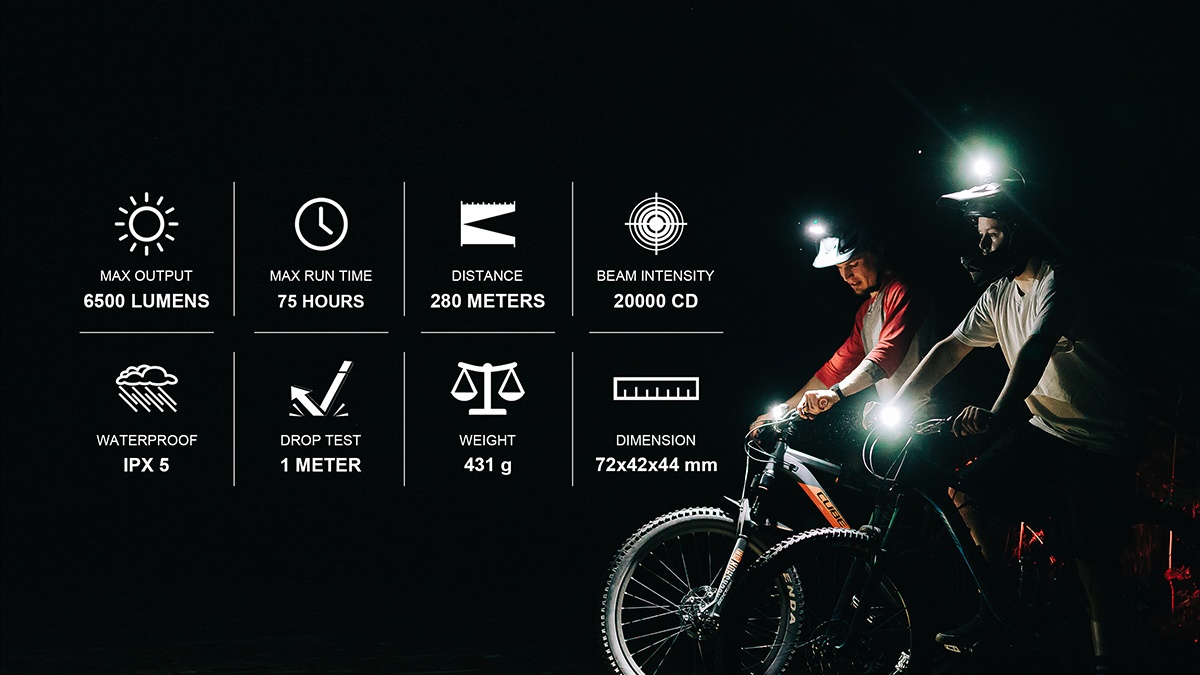 A max actual output of 6500 lumens is cranked out by 5x CREE XHP 50.2 LEDs. Like the Eagle series headlights, Monteer 6500s Zeus is designed with multiple beam patterns modes, top row of LEDs will put out a max of 4000 lumens of flood light, while the bottom row shoots into the distance with up to 2600 lumens of spot light.

Four cell battery pack uses super high capacity 21700 cells for a 10000 mAh total capacity. 100% 50% 25% and 10% are offered 4 constants with 1 flash mode, all usable on each of the spot, flood and combo beam patterns. Burn time ranges from 1.5hrs to 40hrs depending on modes. To maximize heat dissipating potential, light housing has been redesigned with hard anodized aluminum which covers almost the entire light body. Please note Magicshine mountain bike light Monteer 6500s is designed for downhill descent at moderate to high speeds, some throttling may occur if airflow is inadequate or ambient temperature is too high.

On a full charge, the Monteer 6500S is able to be sustained at its max brightness setting for up to 2 hours. Back lit control button wills show green when the battery power is above 20%, red between 5-20% remaining and flashing red at less than 5% remaining. Note: The light’s intensity mode will lock into the lowest setting when the power is 5% or less. 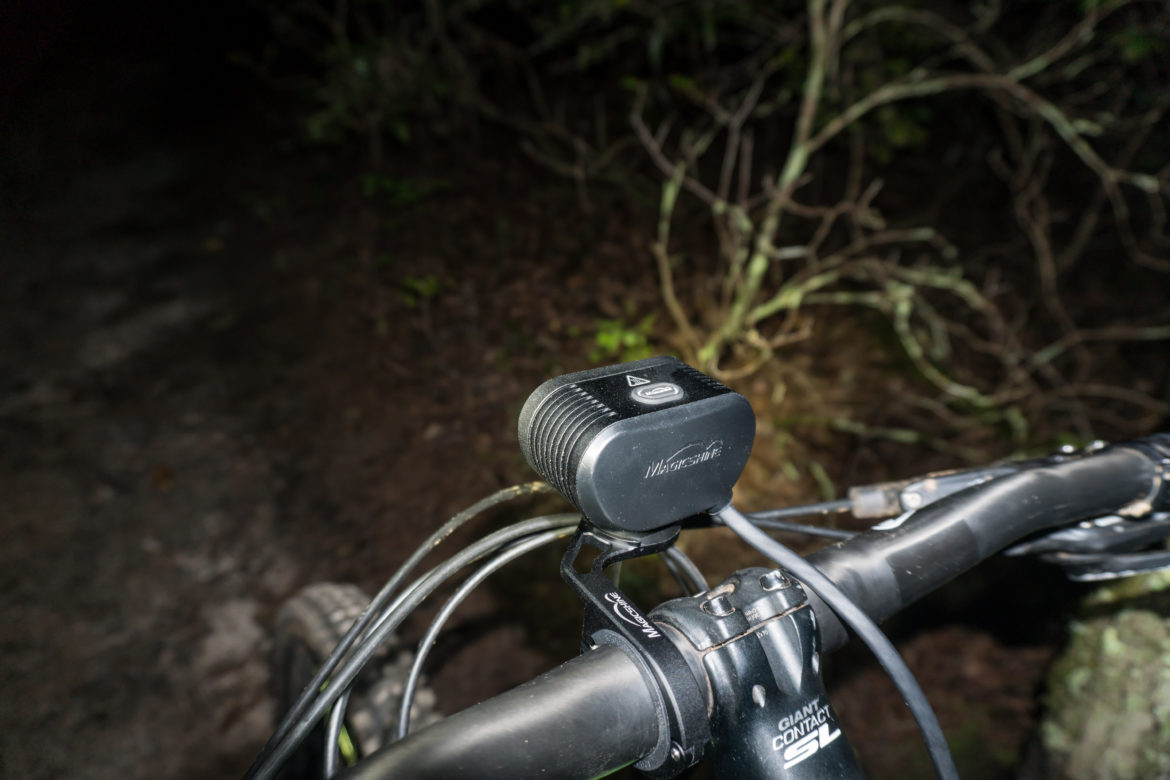 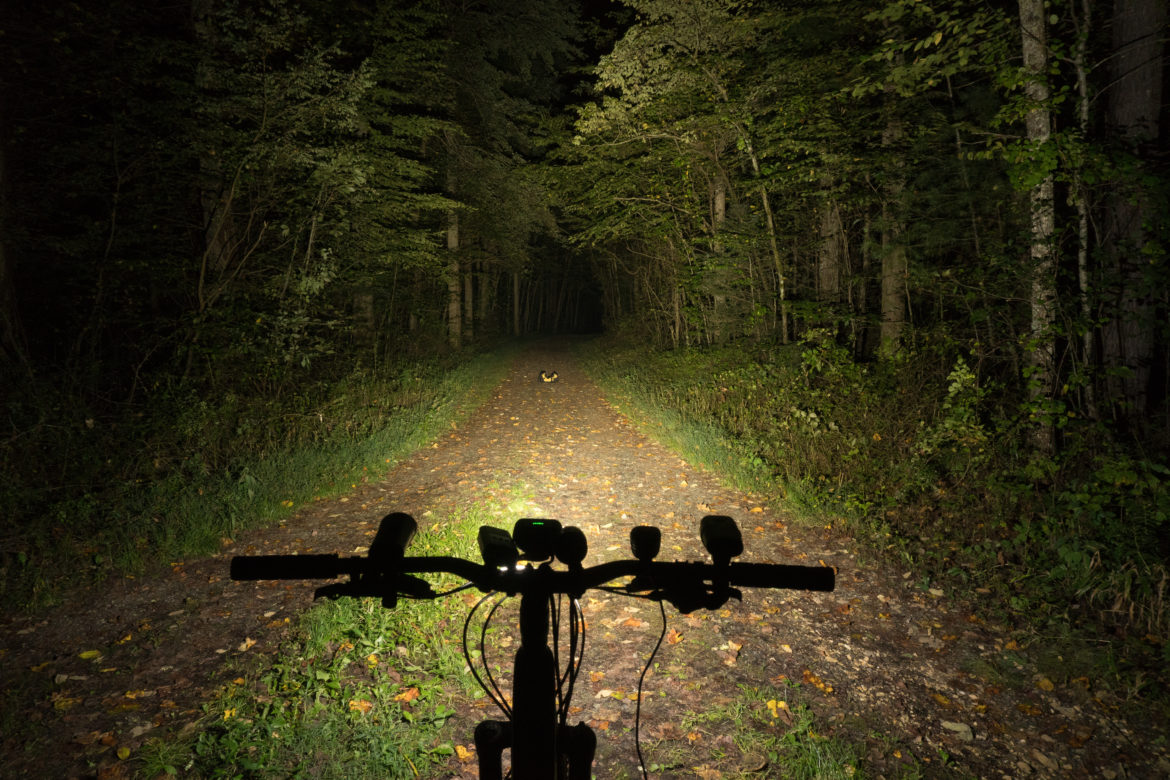 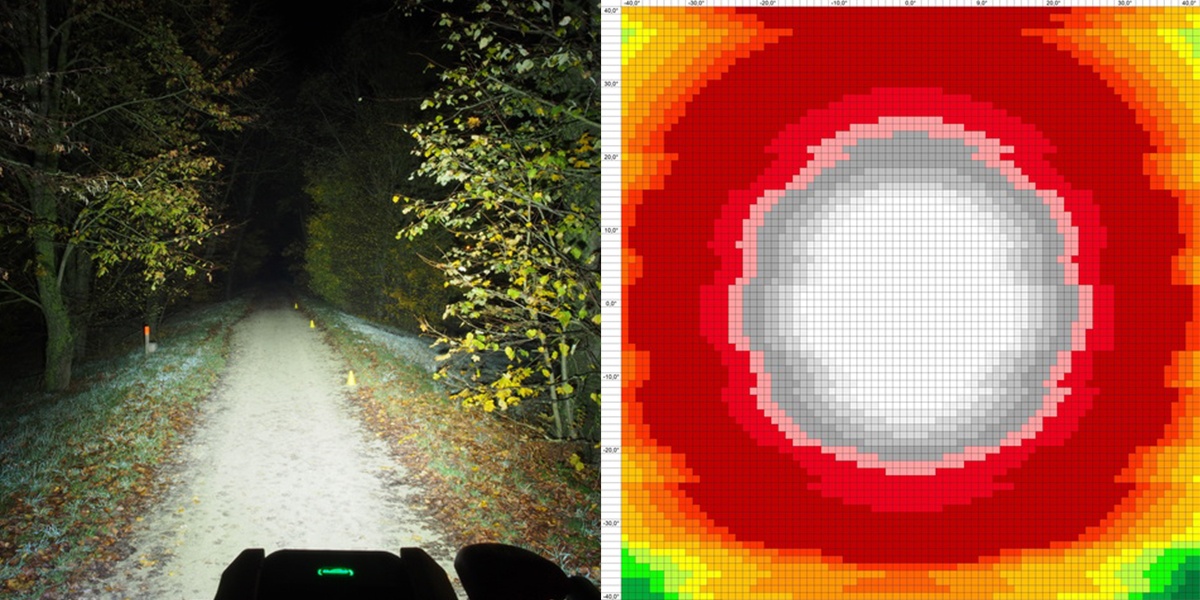 Hi. Just purchased the Monteer 6500S. I am not able to charge the battery with any other USB-C cable than the one that comes with it. Is your charging cable somehow special or is the battery unit faulty because it does not accept anything else? I have tried several USB-C cable & powersupply combos but no luck. Can you expalin how it is switching between modes (flood/spot/full) and light levels (100/50/25/10%/flash) with just one button ? Is this light water resistant or water proof? Hi, does the battery for the monteer 6500 have a usb output port for charging cell phones? Thanks! Hi, just bought this lamp. I’m going to use it downhill skiing. Sadly the cable is to short. Is it posible to buy extension cable? Kristian B Norway Will it work on 6V? 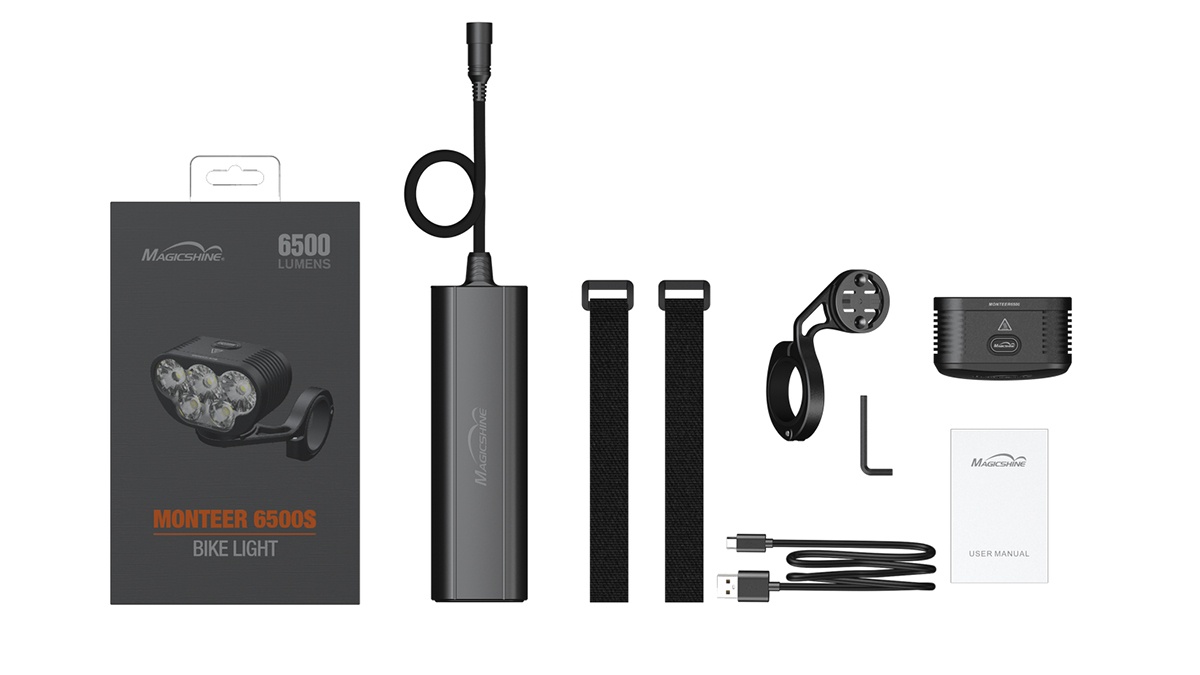 Limited inventory due to supply crunch, grab your gear early while supplies last!