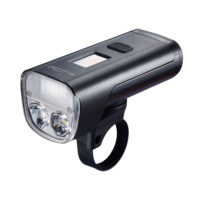 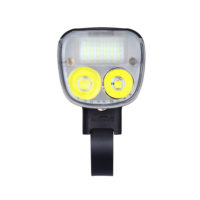 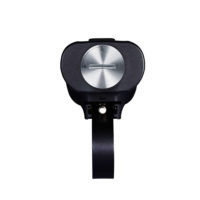 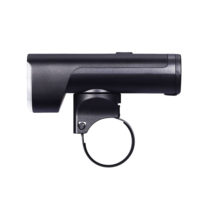 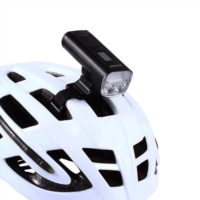 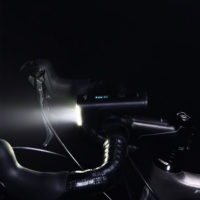 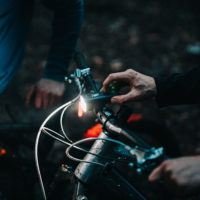 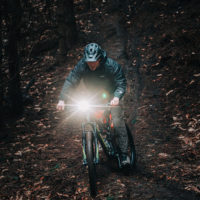 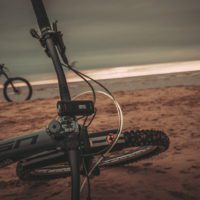 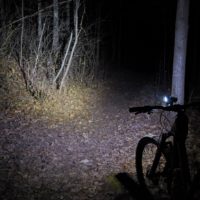 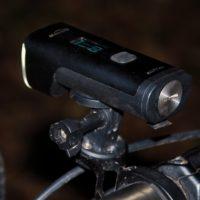 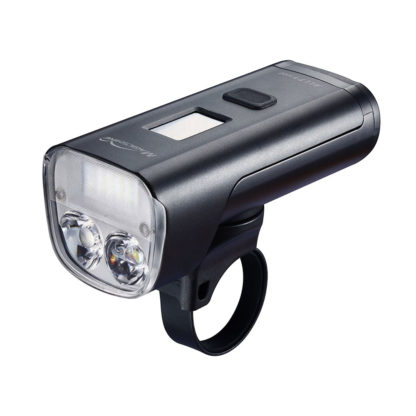 Magicshine’s 2nd bike headlight with built in DRL (Daytime Running Light.) Designed for both road and mountain with its highly adjustable brightness and beam patterns. 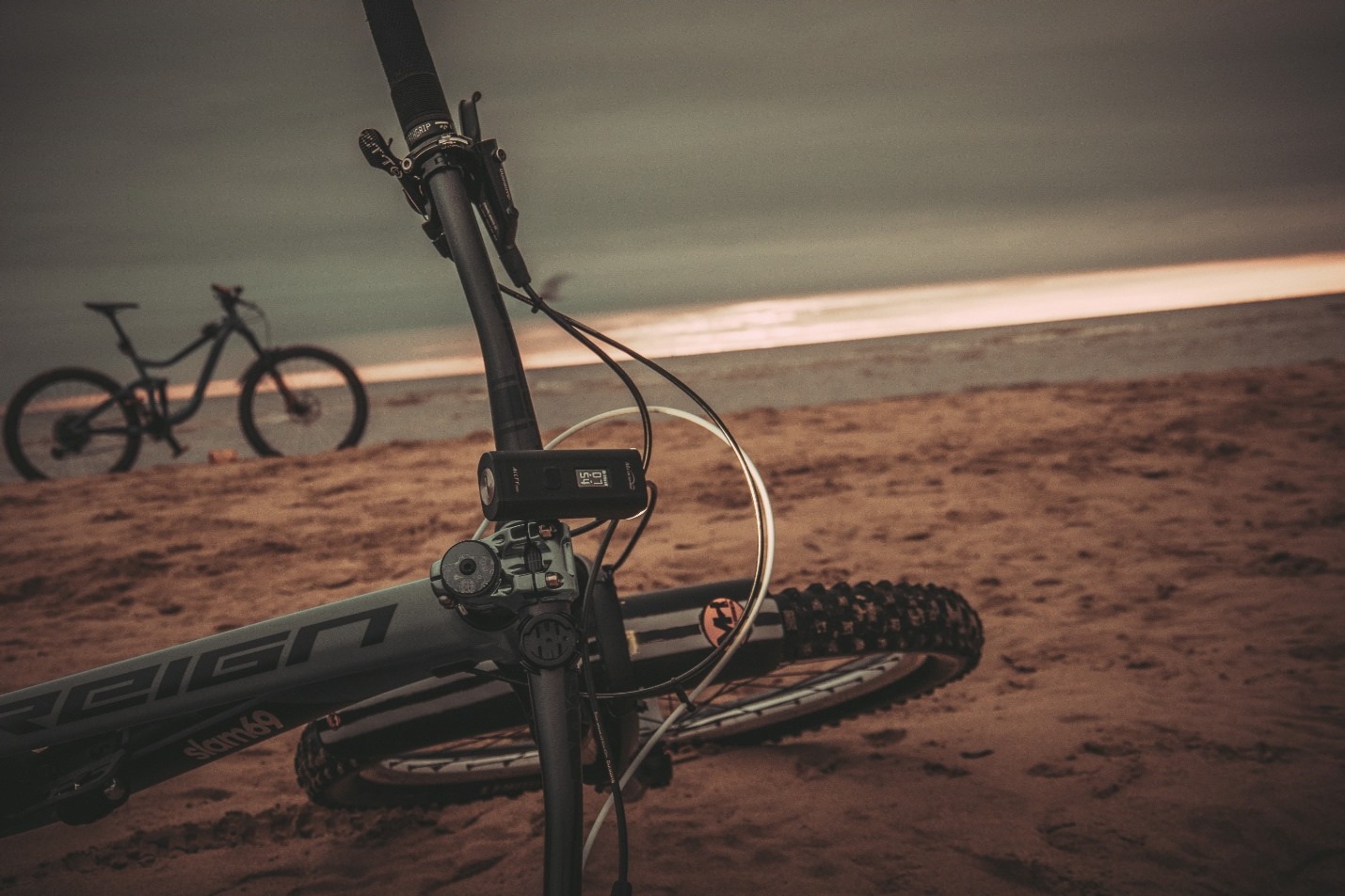 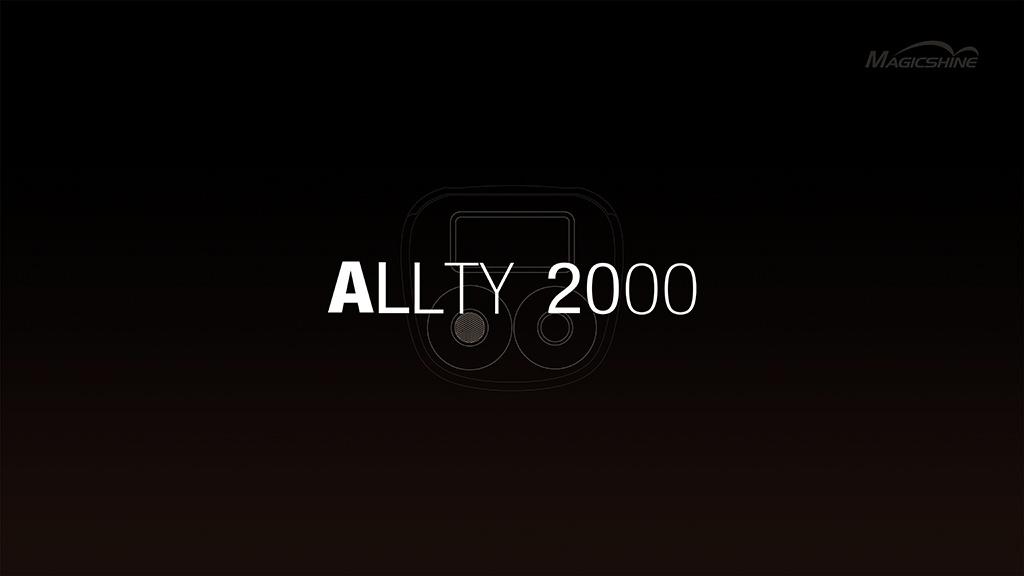 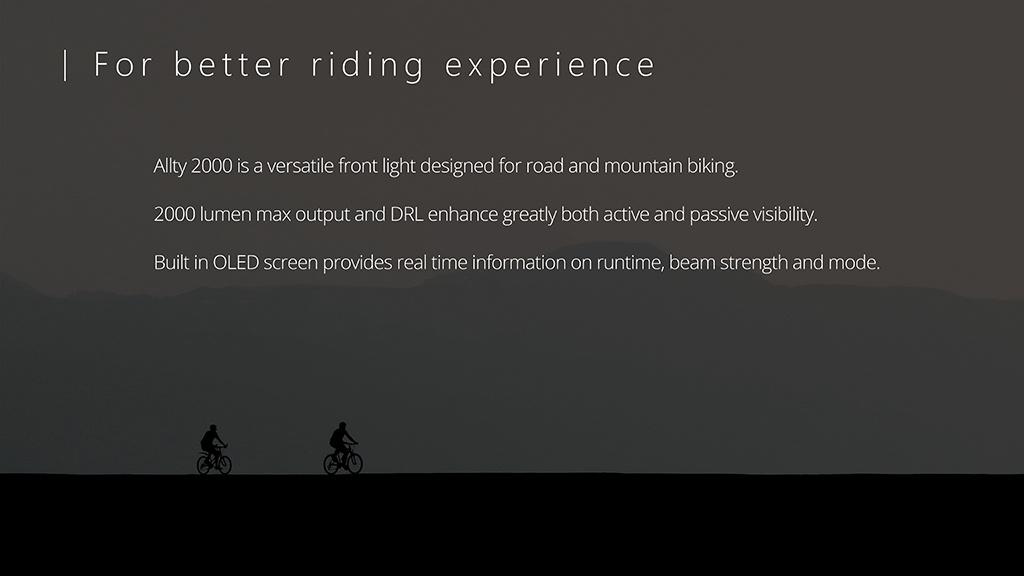 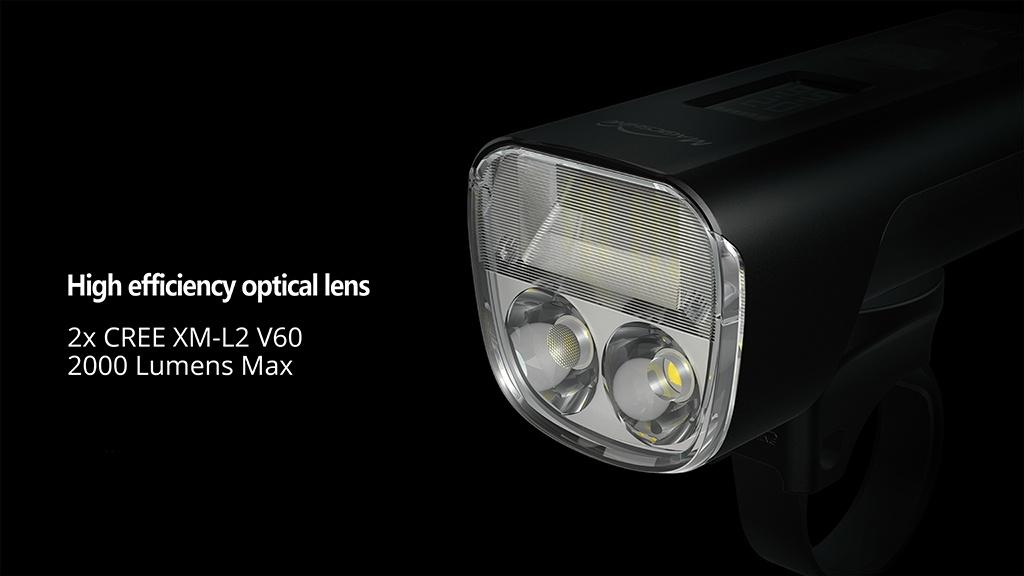 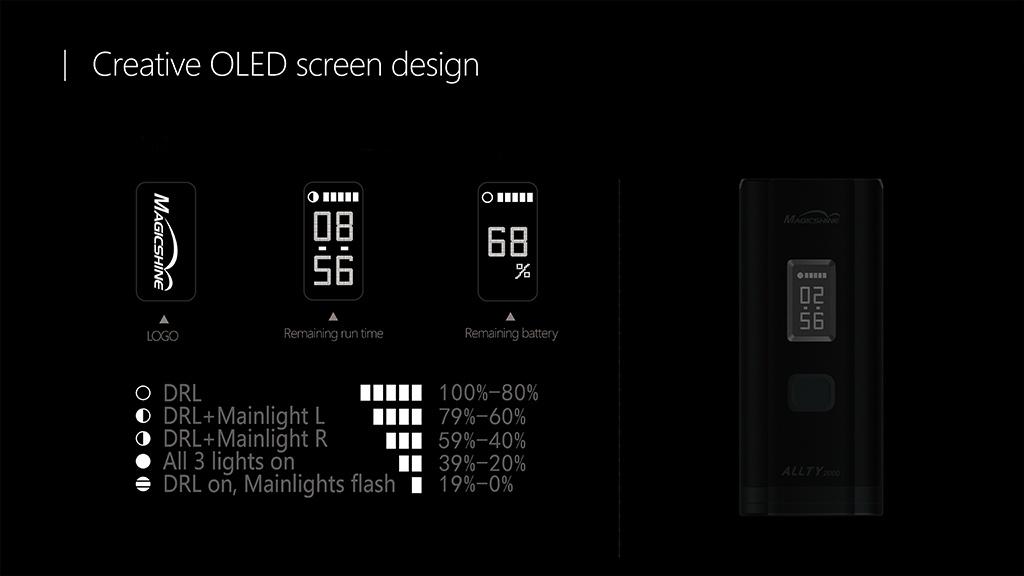 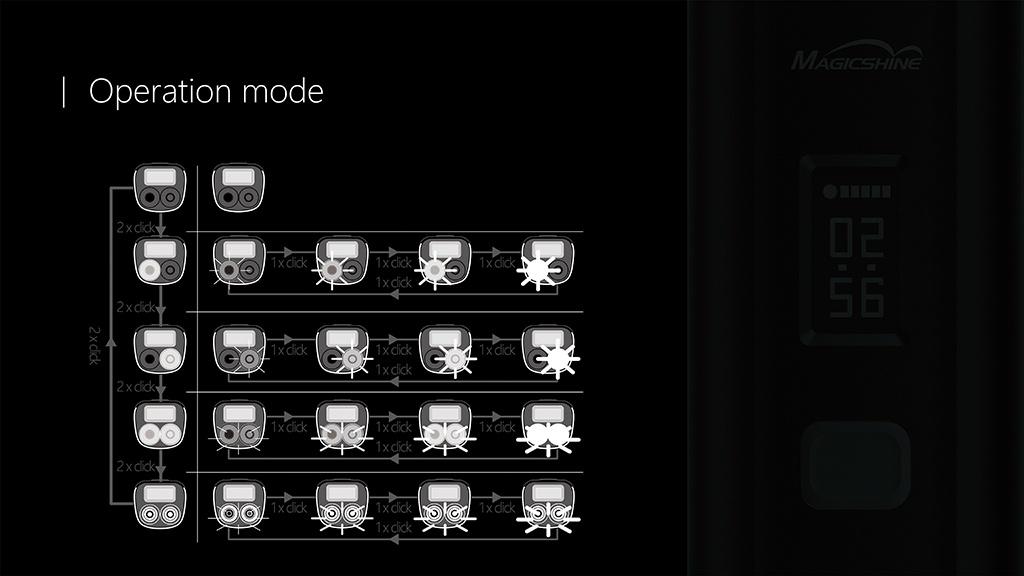 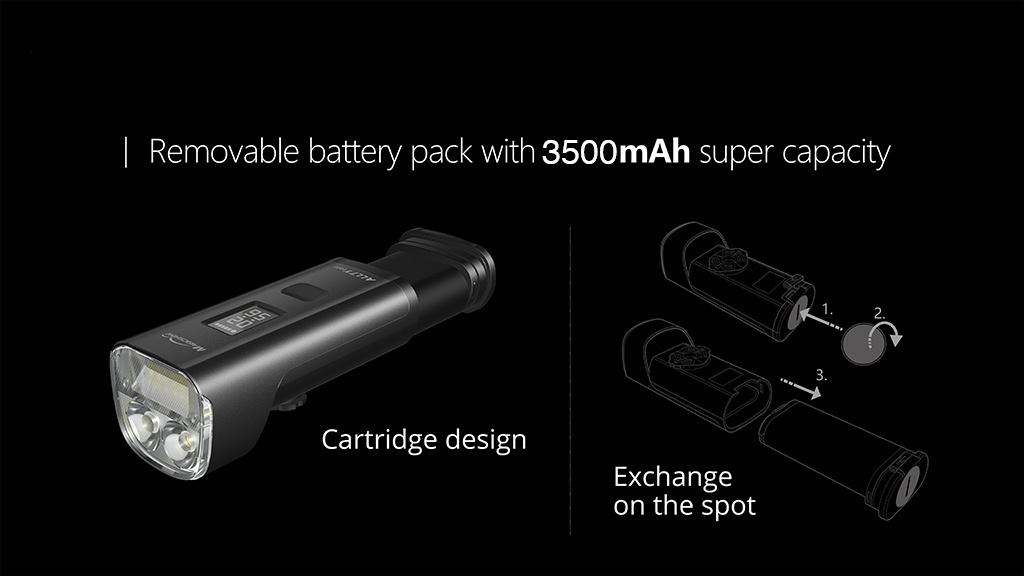 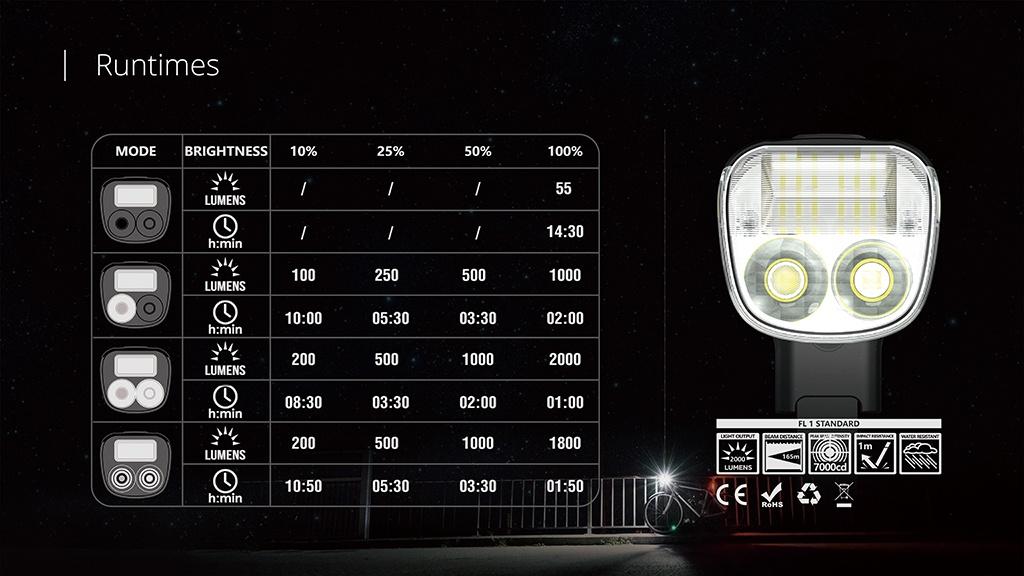 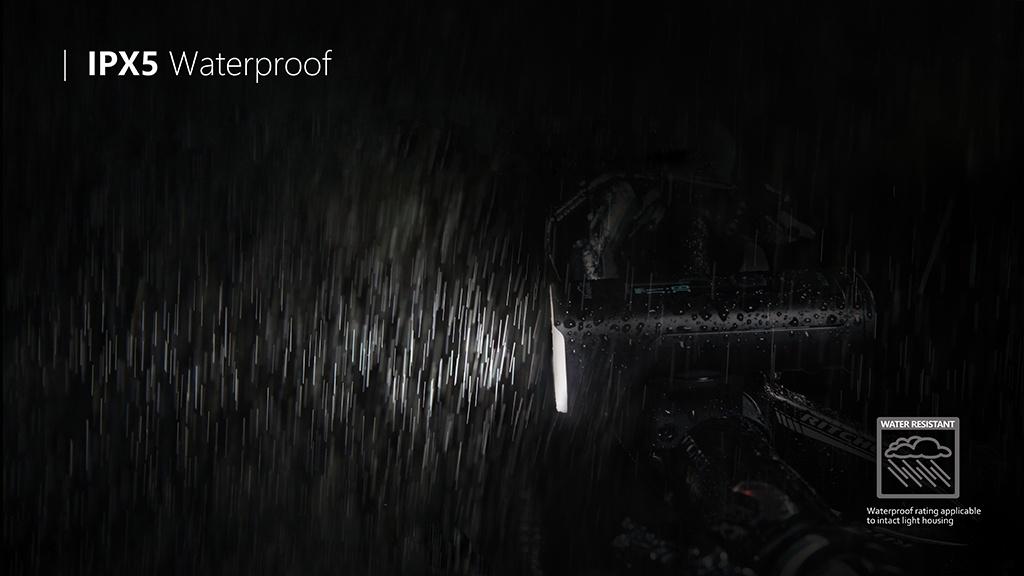 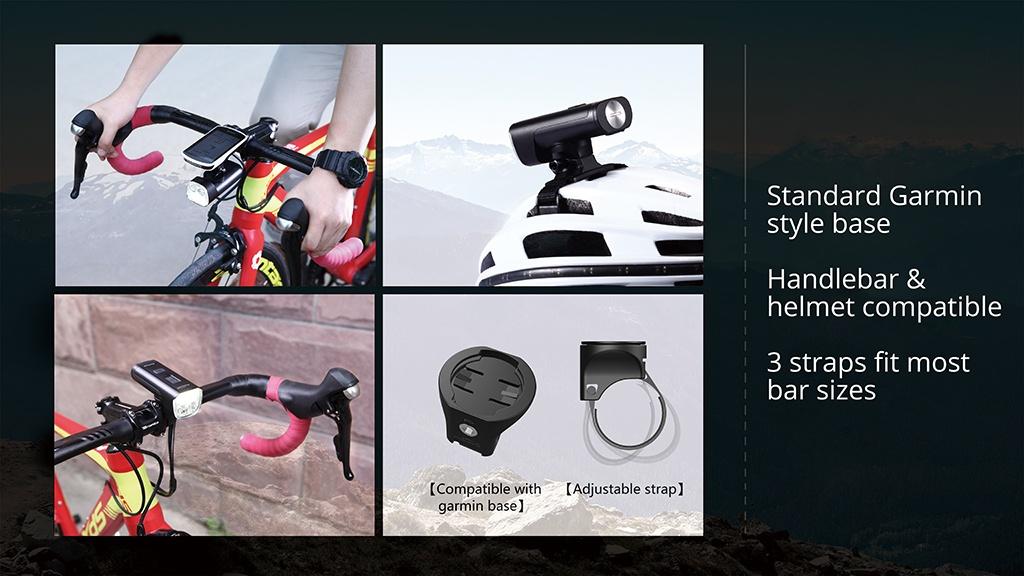 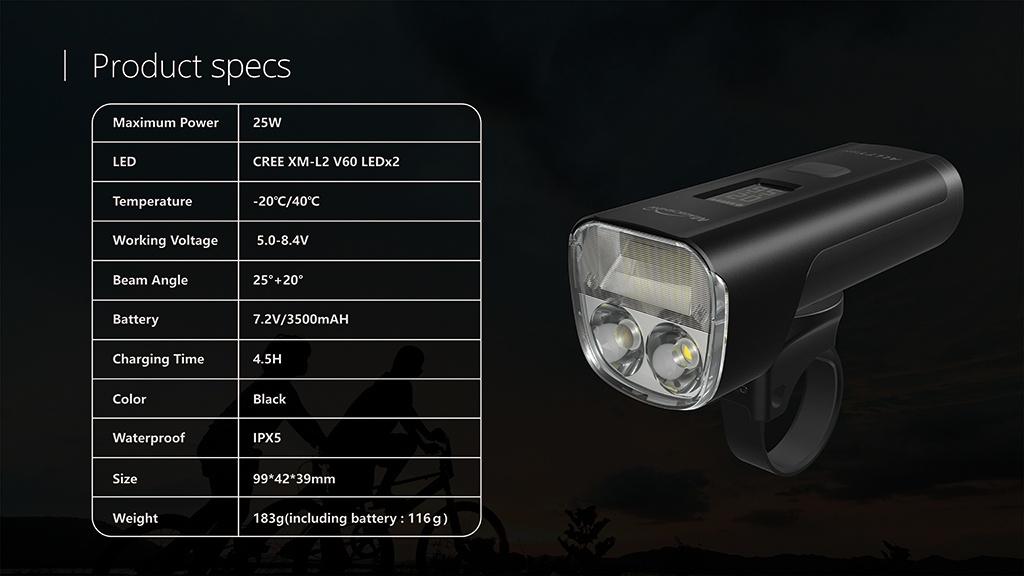 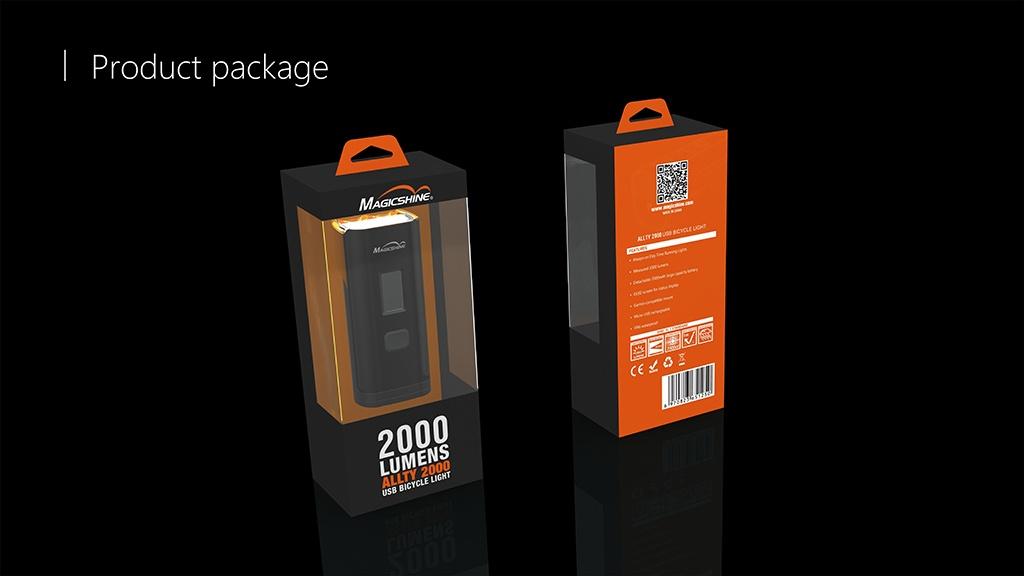 The 206g light weight Magicshine Allty 2000 shines brightest. Even at medium level it is brighter than all other tested handlebar lamps. The runtime at full brightness is only one hour however one of the lower brightness modes is more than enough for most occasions. The lamp attaches to the helmet mount in no time at all. The handy OLED display shows the remaining battery capacity and calculates remaining runtime in hours:minutes format very accurately. 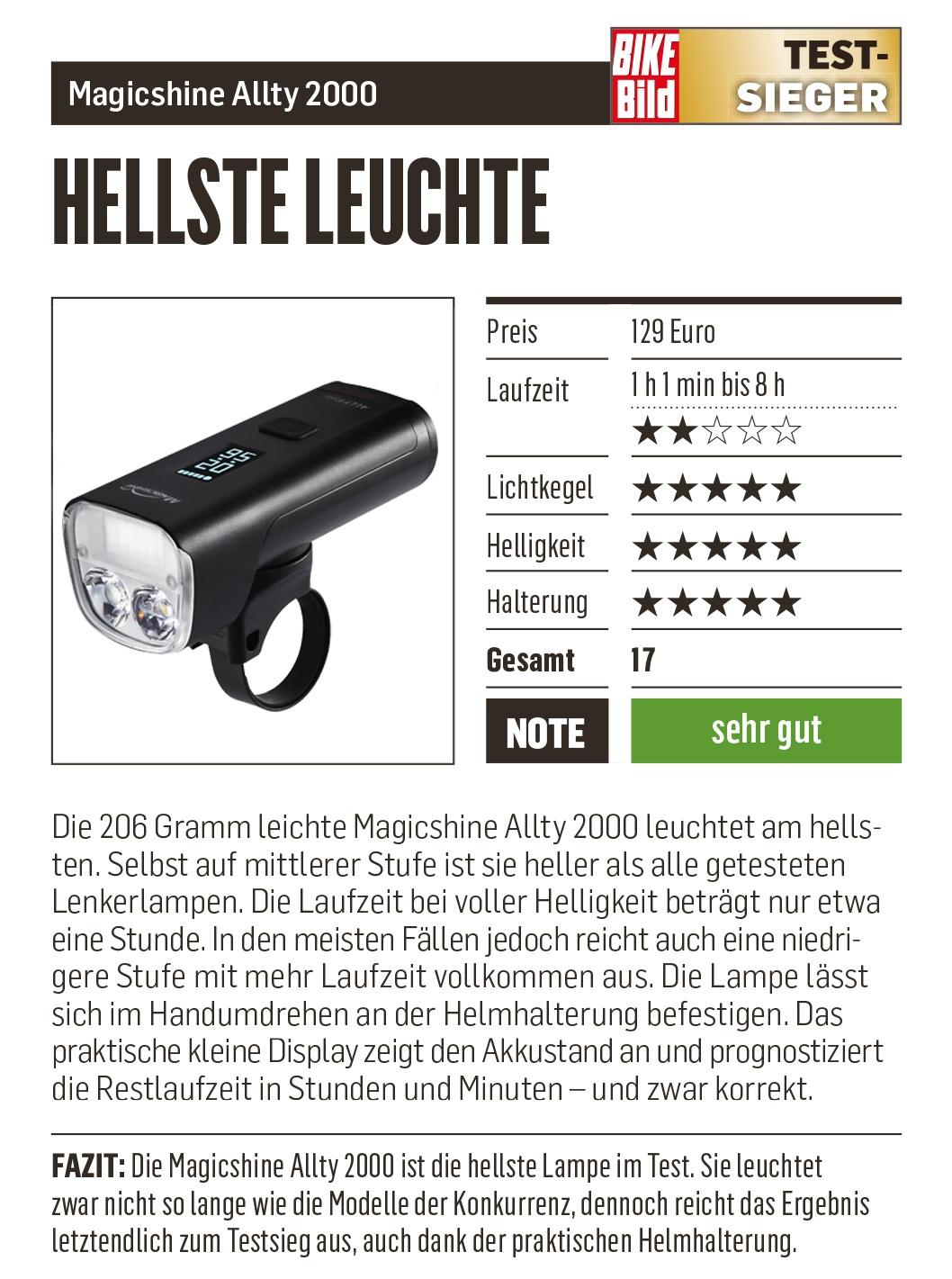 “As you turn the Allty 2000 on for the first time while riding, one thing is clear: it is one powerful beast. Immediately, every stick, stone, and turn on the trail pops right out of the night. While some might say that the light that the Allty 2000 emits is a little harsh, the trade-off is the ability to see everything coming at you in the dark, even on high speed descents. Personally, that’s a price I’m willing to pay.”

“As for durability, the Allty 2000 really shines (no pun intended). Honestly, at the beginning of this review I wasn’t completely sure how its metal body would handle shock absorption from falls. Despite this, I’ve dropped it onto everything from rocks to concrete, and nothing has been able to break it. Magicshine also claims that the light is waterproof; I put it under the spray of a shower for 15 minutes to confirm. Even after all that time, the shower didn’t affect performance in the slightest. Just like the Allty 1000, Magicshine built the Allty 2000 to last, and the product’s quality proves it.” 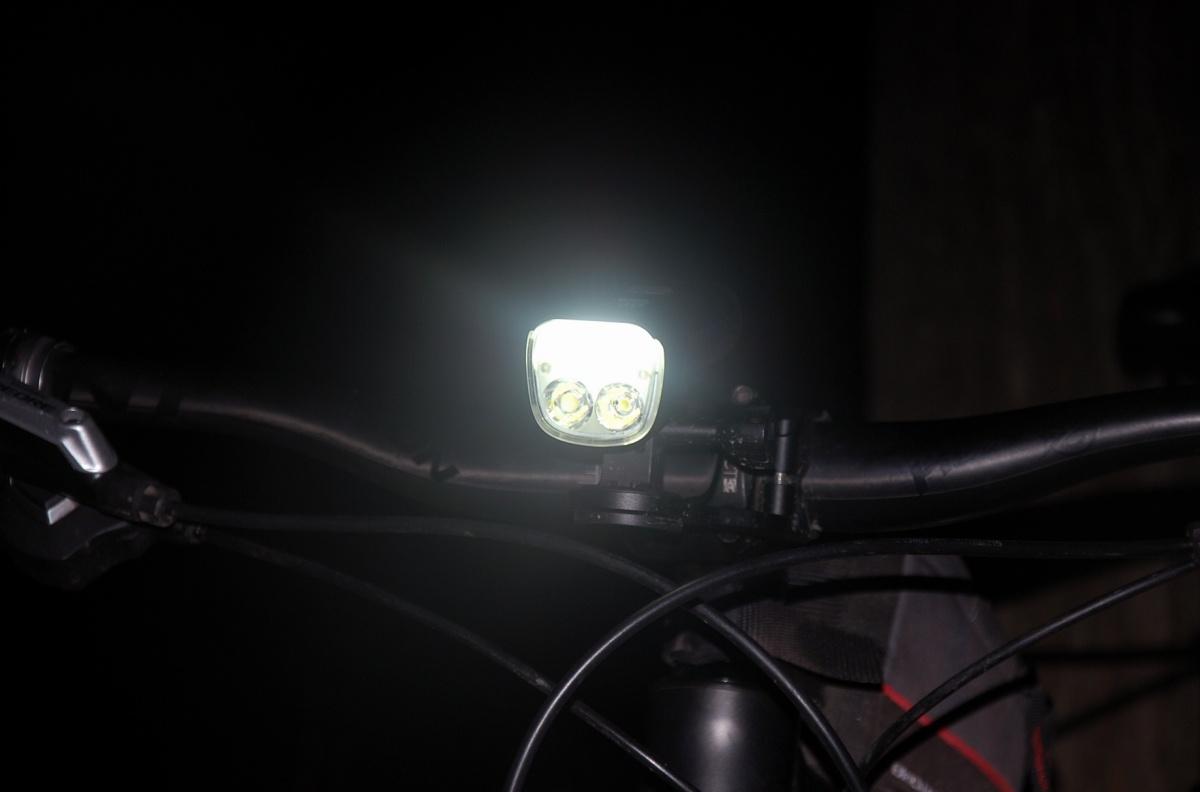 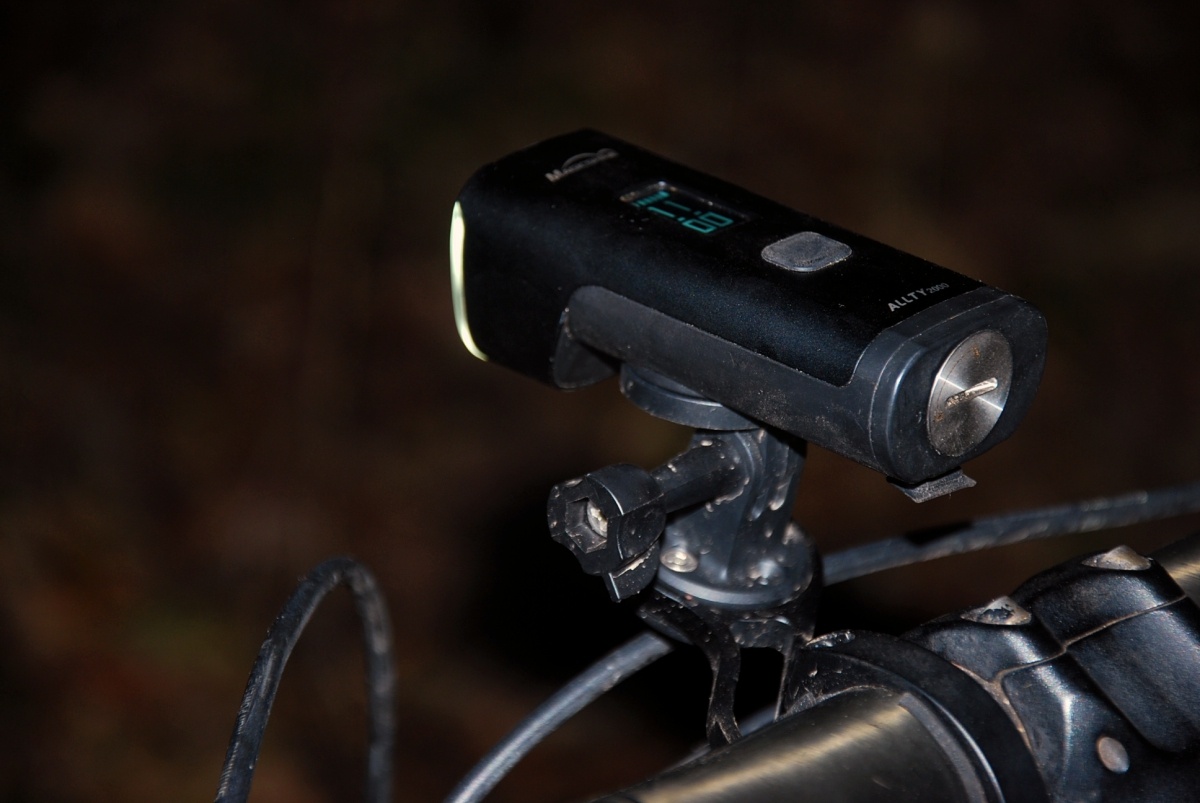 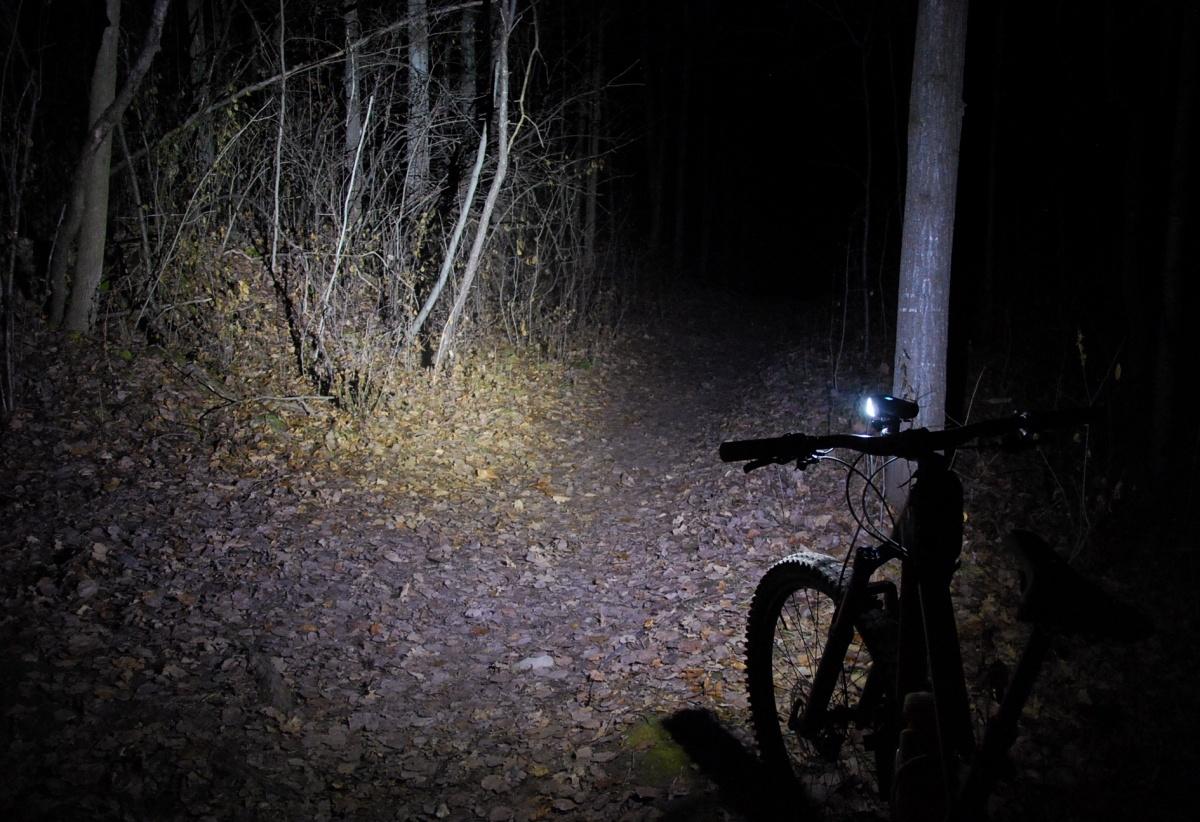 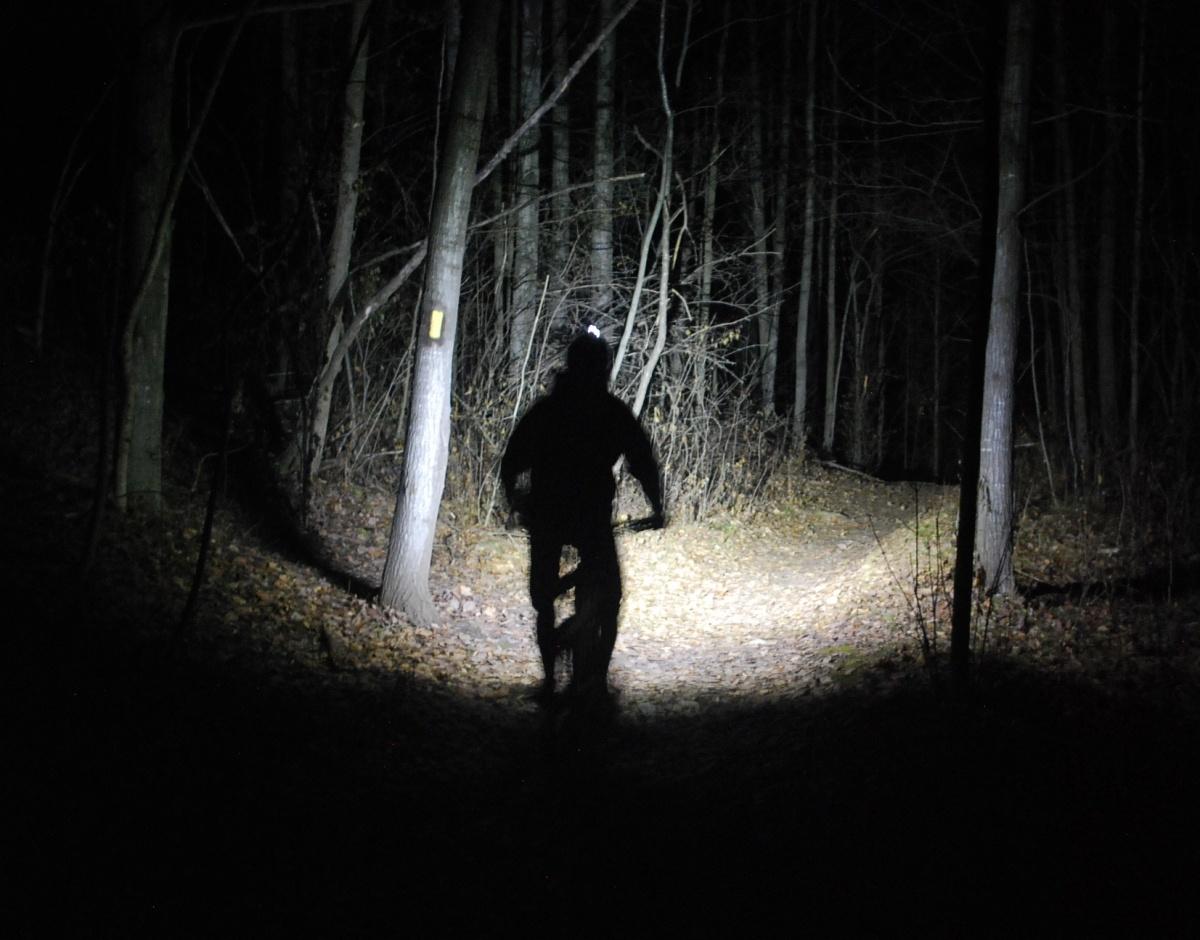 Magicshine bike light has always been focusing on top performance with low to mid range pricing.  This is Magicshine’s 2nd bike headlight with built in DRL (Daytime Running Light.) The Allty 2000 is similar to Allty 1000 in its design and functionality, with one additional LED and 2x 18650 battery. The DRL is always on when the light is on and this little 55 lumen light can drastically increase your visibility to oncoming traffic during daytime or night. The main light consists of two CREE XM-L2 V60 LEDs, each capable of 1000 lumens max. One of the lens is slightly grated so the spread is slightly wider at 25 degrees.

The Allty 2000 DRL bike light has 4 brightness modes at 10 – 25 – 50 – 100% and one flash mode, applicable to half beam(1xLED) or full beam(2xLEDs.) The battery uses a double cell cartridge that is locked onto the back of the light, easily unlocked with a coin. The cartridges can be exchanged on the fly as needed however the cells themselves are not removable.  Runtime under a full charge ranges from 1 hour under full beam, full brightness to 14.5 hours with just the DRL active.

Built in OLED screen on this Magicshine bike light shows current light mode, intensity as well as remaining runtime. Outer shell is built to be highly water resistant at IPX5 including the OLED screen and USB charging port.

The mounting mechanism uses the standard Garmin style base, easily compatible with our  TTA out front style mount. Handlebar mount comes with 3 lengths straps for different bar sizes and is secured with a hex key. After installation the mount stays on the bar. For helmet mounting option, please check out our Garmin helmet mount.